Share on Facebook
Share on Twitter
5S http://www.youtube.com/embed/BqIOnpJ_crI See http://www.bin95.com/5slean/5s-lean-manufacturing-training.htm for full 5S Lean Manufacturing Training Video. The full Lean Manufacturing Training Video ensures the key concepts of 5S are communicated to employees. The 5S Lean training takes the audience through each stage of the 5S process from Sort through Sustain. (This sample video is of just one of the 5s methods) http://www.youtube.com/watch?v=BqIOnpJ_crI 4508 UserPageVisits 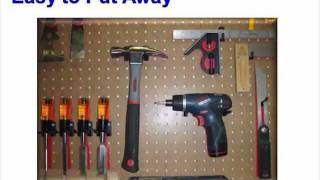 5S http://www.youtube.com/embed/BqIOnpJ_crI See http://www.bin95.com/5slean/5s-lean-manufacturing-training.htm for full 5S Lean Manufacturing Training Video. The full Lean Manufacturing Training Video ensures the key concepts of 5S are communicated to employees. The 5S Lean training takes the audience through each stage of the 5S process from Sort through Sustain. (This sample video is of just one of the 5s methods) http://www.youtube.com/watch?v=BqIOnpJ_crI 4509 UserPageVisits

The 5S system is widely used today in a very large percentage of manufacturing businesses. Many non-manufacturing companies also employ the discipline.

The 5S system is one of the most common lean manufacturing principles, and generally the first one applied during implementation.

The 5S system is a workplace organization and housekeeping system. When applied correctly, the benefits are enormous in terms of productivity, quality, and morale.

There are variations to some of the 5S’s as they were derived from 5 Japanese words beginning with “s”.

Most organizations apply the 5S system in one area at a time rather than across and entire facility at once.

The first “S” is Sort. It is the process of removing all unnecessary items from the workplace area. This first step is crucial to gaining efficiency through workplace design. A common method called the “red tag method” is often utilized, where all items are tagged which aren’t necessary for the specific area. These unnecessary items tagged are then moved to a “hold” area for review and disposition.

The second “S” is Set in Place. This is the process of moving the necessary items into the correct position for use. It is the process of organizing the work area to be perfectly laid out for maximum efficiency through minimizing movement. All materials and items that will be used at the job site are to be positioned and kept closes to the point of use. For example, if a tool is only to be used at the end of a machine, it should be kept there.

A common method used is called “shadow boards”, where the exact dimension of the tool is painted onto the board depicting the spot in which to hang the tool. It becomes obvious where the tool belongs.

The third “S” is Shine. This is the method of deep cleaning a machine or area to put it back into the condition it was when it was purchased. The idea is that quality and efficiency will not suffer if the machine is not allowed to deteriorate over time. Machines that are kept in new condition have less downtime and produce the same quality level as a new machine.

The fourth “S” is Standardize. This is the process of standardizing the entire system, which is often the most difficult. Most companies have conducted the first three S’s many times, only to watch the condition deteriorate over time. This cycle of cleaning up followed by gradual deterioration has been repeated over and over for years. The “Standardize” portion of the system corrects this problem.

The best way to standardize the system is to determine exactly what needs done to maintain the system. It is the “who, what, when, where” of 5S. For example, if a specific portion of a machine needs cleaned daily, there should be a checklist and written instructions detailing who will do it, when it will be done, and methods and materials necessary.

The last “S” is Sustain. Sustaining the system is thought to be one of the most difficult, primarily because experience proved years of cleaning and organization were not maintained. However, if the system is standardized in the fourth S, then sustaining it is much easier.

The best method of sustaining the system is to conduct audits. Care must be exercised so the audit system is not punitive. The 5S Kaizen Principles relies on employee involvement and commitment at all levels, and a punitive audit system can destroy the system.

One good way of auditing the system is with a rotating audit crew of peers. This might be the plant workers auditing the system of their co-workers. The results are provided to the employees in the audited area and time given to correct deficiencies.

A good 5s in Six Sigma implementation has many benefits. The assets of the company are kept in top condition which keeps the value high. Quality is kept at the level when the asset or machine was first installed. Maintenance costs are reduced as deterioration is immediately apparent. Setup times go down from better organization and reduced movement.

The best benefit is the morale improvement from an improved environment and culture.

Some managers think employees will not sustain a perfectly clean manufacturing environment. Like most systems, management is the reason the system succeeds or fails. Given the chance, employees will implement and sustain 5S Kaizen Training. Most employees will choose an organized and clean workplace with a continuous improvement culture over a dirty disorganized facility.
Carl Wright is an industrial engineer, ASQ Six Sigma Black Belt, and Master Black Belt. Carl is involved with the lean manufacturing implementation organization http://www.1stcourses.com
Article Source: http://EzineArticles.com/?expert=Carl_Wright